The MP here takes us for fools and thinks we don’t know what she is ….. but her voting record is there for all to see.

As I have just reminded #Guildford and Cranleigh‘s MP, Angela Richardson she may well be against the drilling and exploration of fossil fuels at Dunsfold BUT when the opportunity came up in the Commons to vote to restrict and ban this type of fracking and fossil fuel extraction she voted against.

Aw! Come on Zoe, she isn’t opposed to fracking and fossil fuel extraction – just objects to it being on her patch, because, along with Jeremy Hunt she sees their seats disappearing fast!

Here’s what Cllr. Paul David Follows has to say about Hunt’s voting record.

after his ‘anger’ at the government has allowed fracking at #Dunsfold but voted not to ban the practice as part of the environment act. Well, let’s look at some other topics too? 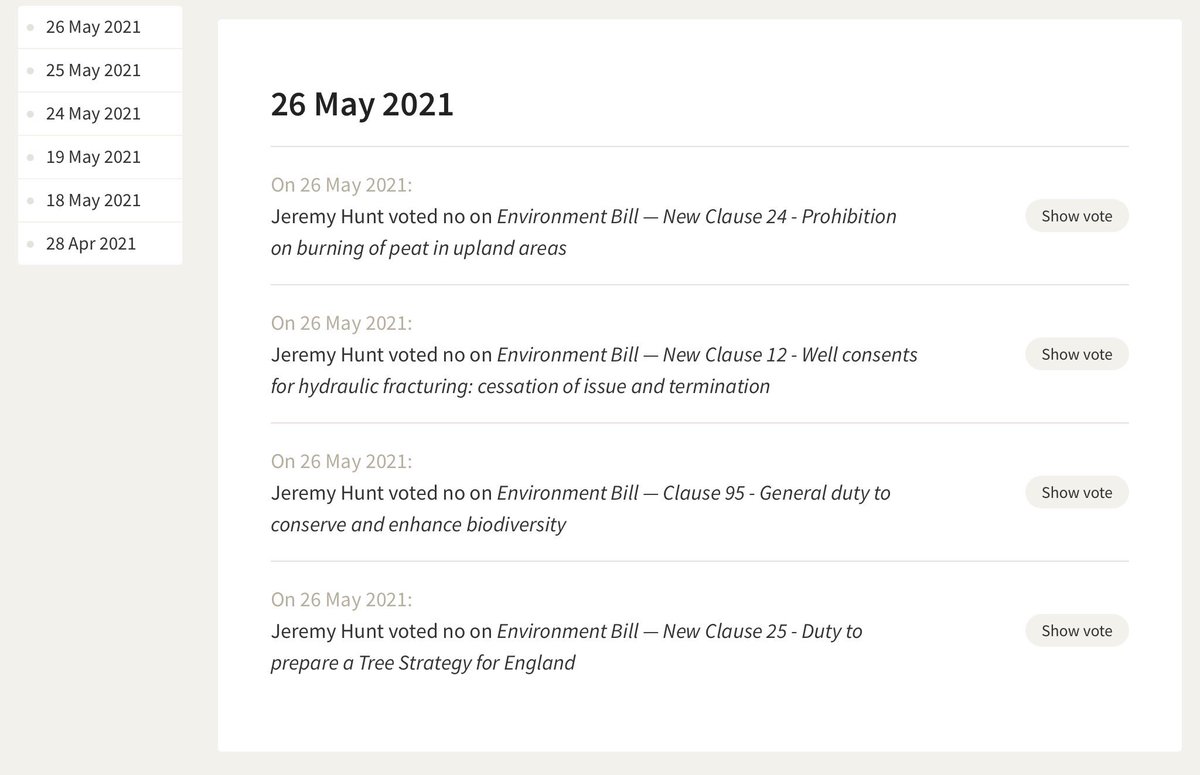