Poor old Liz Truss has been put out in the cold by our local MPs. Will she be heading down the A3 shortly?

Sucking up to the wannabe Prime Minister is all in a day’s work for our South West Surrey MP Jeremy Hunt.

But Guildford MP Angela Richardson was the first to pin her colours to the Sunak mast.

Gone are the days when she proudly bumped elbows with Boris now she is getting hands-on with Rishi. Did she tell him about the little local difficulty she has with only a 4,000 majority in the once safe Guildford seat that is now a  marginal?

In the meantime in Godalming Jeremy’s introducing Rishi to all those local folk eager to meet him at the weekly market.  Because Jeremy’s Ready4Rishi, but are they?

Did Jeremy whisper in Rishi’s ear that Godalming has been flying the Liberal Democrat flag in recent years and that he might not be able to defend his own seat? So any job he is hankering after, may be short-lived?

While the Tories fight each other the Lib Dem Leader of Waverley is fighting to stop drilling in Dunsfold. He has now succeeded in going beyond his goal to raise £30,000 to fund a legal challenge to reverse the recent government decision to allow drilling for fossil fuels under the Government-backed proposed Garden Village.

for coming to South West Surrey today. Rishi gave a superb speech and we both thoroughly enjoyed meeting local people and business owners at the fantastic Godalming Farmers Market. 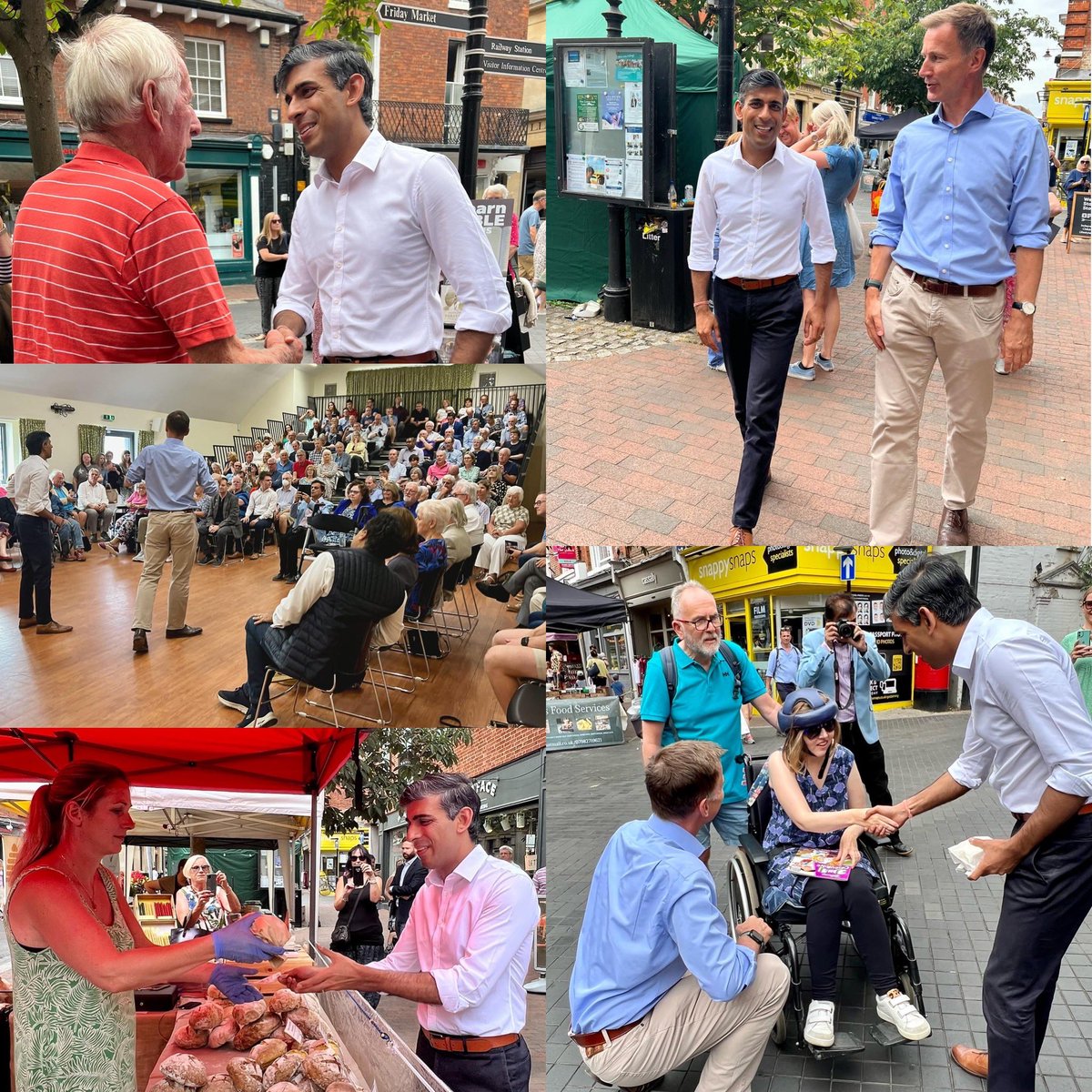 5 thoughts on “Both Guildford and South West Surrey MPs are backing Rishi in the leadership race.”